Why You Should Patent Mobile Application 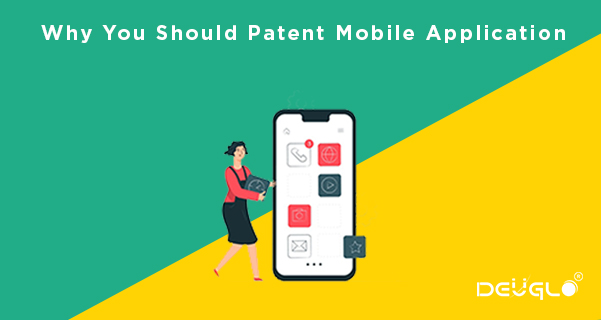 In today’s world of startups, innovative ideas and its application have become assets. Hence, they are valuable and, therefore, prone to theft.

Do you have any mobile application ideas? Have you ever thought that your idea could be stolen by someone and developed into an application without giving you any credits and the potential profits that belonged to you? Isn’t it so disheartening?

However, you can totally avoid it by getting a mobile application patent. A patent is a legal protection to exclude anyone other than the sole owner from using or selling the invention. In simple words, it means getting copyright of the intellectual property for a given period so that the invention is protected before it is published.

What is meant by patenting a mobile application?

With the increased number of mobile users, the innovation process is shifting towards mobile apps. With the increase in the number of mobile applications, the competition between the inventors is getting stiffer and stiffer. Along with that, more and more copycats are also on the run to generate revenues. But many of the inventors are not aware or are confused about whether or not they can patent their mobile application.

So, here’s the answer.

Why should you patent a mobile application?

Various reasons why you should patent your mobile application is as follows,

A patent is the best way to protect your app from getting cloned and depriving you of the number of downloads that you would have got. It provides the ultimate legal assurance that nobody could steal away your idea and take the credits.

Patenting is the best possible way to avoid the lawsuits, legal hassles, and saving the money one might have to pay to the lawyers, as there is the possibility that the other person might patent it before you and become the legal owners. Hence, you should never delay patenting the idea of mobile application development.

Eligibility for Getting a Patent of Mobile Application

The next question is, what makes a mobile application eligible for a patent?

The application of patent qualifies if:

When should patent for the mobile application be filed?

Patenting a mobile application gives the legal ownership to the person who has filed the patent first rather than who invented it in the first place. So, once you have decided to file a patent, it is necessary to register it as soon as possible.

A patent should be filed after proper consultation with the lawyers, even before initiating any development process.

Furthermore, usually, the patent applications get rejected again and again. Hence, the resubmissions have to be made, making it a long process. It can take up to 4-6 years also. Therefore, one should start the application process at the earliest.

Whenever you come across a mobile application development idea and think that it is worth the effort, never give a second thought to file a patent, or else, you might regret not doing the right thing for the rest of your life. It is advisable to not to miss the opportunity, as you never know what the future holds for the idea.

Once you get a published patent, you can discuss your app with investors and developers right away without having any trust issues. It gives the right to sue anyone who tries to take ownership of your production.

But getting a patent approved is not an easy task. It requires a lot of work and patience. But if the invention deserves this, then you should go for it, as there is no harm in trying.

The patenting process might be complicated, but one always needs to make a rational decision as it is way better than facing an unfair legal issue or let anybody else copy your work.

Let nobody steal your thunder!